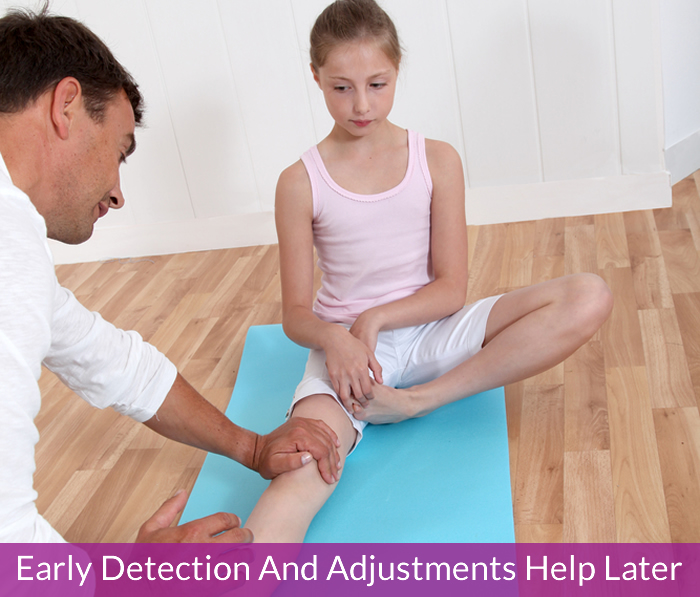 Research shows that 48% of adolescent athletes sustain an injury during their season. What’s more, injuries that appear in adults are very typically caused by faulty movement patterns and injuries that occur during childhood. Without identification, years of these repetitive movement patterns can lead to degeneration of joints, ligaments and spinal discs.

But if we can identify and correct these patterns early, during a child’s most important years, the time when they are growing, we can prevent the occurrence of these potential injuries not only as they are growing today, but later in life.

That’s why we offer a Functional Movement Screen for young people.

The Functional Movement Screen (FMS) is a highly technical evaluation tool that helps to identify and objectively rank faulty movement patterns on a 21-point scale in children as young as 5 years old.

This ranking and grading system evaluates sixteen critical movement patterns that are key to normal function. By screening these patterns, the FMS readily identifies functional limitations and asymmetries pinpointing areas where faulty movement patterns can be corrected to prevent and protect your child from future injury and keep them healthy and active throughout their lives. Proving once again: an ounce of prevention is worth a pound of cure.

If you’ve ever dealt with sciatica, you know that getting relief is the only thing on your mind. You also know how frustrating it can be to find that relief. One thing you can try is physical therapy. Physical therapy for sciatica can help, it can help the underlying issue causing the sciatica and also […]